From the museum’s website:
“Has photography always been considered art? Though widely accepted today as a medium in its own right, art museums have not always embraced photography. In fact, it wasn’t until the late 1970s and early 1980s that many museums began actively collecting and displaying photographs. Photography Is Art tells the story of American photographers’ efforts, from the late 19th century on, to explore and proclaim photography’s artfulness. Drawn from the Carter’s expansive and renowned photography collection, this exhibition reveals how artists shaped their medium’s artistic language.

Virtual Tour accessible here:
Piece is first on the wall on the immediate left when you “walk” into the first gallery. 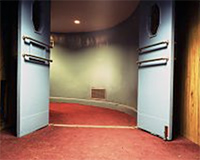